Processing Grief During a Pandemic, When Nothing Is Normal

It’s been seven months since I held my mother’s hand as she died in hospice from leukemia. For the first six of those months I traveled nonstop, working remotely and visiting friends and family, partly to catch up on what I had missed in the year and a half that I was caring for my mother, but mostly to escape reality. The last place I wanted to be was in my studio apartment in Queens, New York — alone with my thoughts and forced to actually process my grief. Then, at the beginning of month seven, the coronavirus outbreak hit, leaving me in exactly the place I had been avoiding: home alone, with none of the distractions travel had provided. On top of that, living in the “epicenter of the epicenter” of the pandemic means hearing ambulance sirens around the clock, and seeing images of a nearby hospital full of people dying and refrigerated trucks serving as makeshift morgues — constant reminders of death.

As a culture, we’ve never been great at handling grief. Sad people make us uncomfortable. We want people to mourn for a short period of time and then return to their lives as if nothing happened. We have a set agenda for mourning: plan the service; hold the funeral, memorial, or shiva; eat plenty of deli platters and casseroles; then get yourself back together and press on. That’s difficult to do under the best of circumstances. And now that families no longer have the opportunity to say goodbye to their loved ones, have to wait for hospitals to release the remains, and postpone any in-person gatherings for the foreseeable future, it has left many in a suspended state of grief.

There is never a convenient time to lose someone, but the current circumstances are making a difficult process even harder. Dr. Alan Wolfelt, the director of the Center for Loss and Life Transition, has been a grief counselor and educator for more than 40 years and says that this pandemic is unlike anything he has ever encountered. “Because we can’t travel and be by the sides of the dying and other loved ones right now, we naturally feel helpless,” he tells Rolling Stone. “This is true of families faced with non-COVID deaths and other tragedies right now as well.”

This feeling of helplessness has a ripple effect. The deceased’s immediate family may not be able to say goodbye in person, leaving them without closure, and potentially feeling as though they weren’t able to do enough for their loved one. “Holding the hands of the dying and spending time with the body afterward are ways that we as human beings acknowledge the reality of a death, and begin to embrace the pain of the loss,” Wolfelt says. “These are two essential mourning tasks that will be naturally more difficult for people to meet in the weeks and months to come.” And without a funeral or memorial to plan, extended family members and friends may also feel as if there is nothing they can do to assist those who are mourning.

According to Diane Snyder Cowan, the director of Hospice of The Western Reserve Grief Services in Cleveland, that in itself is another form of grief: not being able to comfort loved ones who have just lost someone. “Funerals are essential because they help us begin to meet all of our mourning needs,” Wolfelt explains. “Funerals help us acknowledge and accept the reality of a death, share memories and convert our relationship with the person who died from one of presence to one of memory, and help us start to think about how to live life forward with meaning and purpose.” Wolfelt recommends holding brief immediate virtual memorials including some type of ritual, like a candle-lighting service, followed by a larger in-person memorial when they’re once again possible. In fact, he says that one of his greatest concerns right now is that too many families will forego funeral or memorial services altogether. “This is a huge mistake,” Wolfelt says. “Essentially, ceremony and ritual have the power to partially fill some of the holes created by the COVID-19 death circumstances. And it’s never too late to use them.”

It’s also important to remember to be kind to ourselves, and understand that things aren’t normal right now. Life as we know it has changed significantly, including how we grieve. “This is a time to recognize that we will do the best that we can, until we can do better,” Dr. Melissa Flint, associate professor of clinical psychology at Midwestern University Glendale, tells Rolling Stone. Her research centers on thanatology — the study of death, dying, and bereavement — and she also has a private practice where she sees people grieving a traumatic loss. “We must mourn our lost loved ones in different ways than we may have traditionally done, and that can be a stepping stone to a time when we can gather and perform the needed ritual together.”

For many people who lost a loved one prior to the pandemic, being surrounded by constant reminders of death can be triggering. Snyder Cowan says that the hospice has seen a significant increase in requests for bereavement counseling from people who started the grieving process before the coronavirus outbreak began. Similarly, Flint says that she has received 70 calls in the last week to her private practice, where she typically sees five patients a week. Almost half of those calls were from people who say that the pandemic has brought up old feelings of grief that they hadn’t fully dealt with yet. Snyder Cowan says that she has also heard from others who were grieving prior to the outbreak who say that they can’t handle dealing with their grief right now — it’s just too much on top of everything else.

We’re experiencing compound grief, Snyder Cowan explains. “I think what’s happening is everyone’s grieving so many things,” she tells Rolling Stone. “At the same time, [people] don’t even know what they’re grieving. They’re not entirely sure if they’re grieving the death of a person, or if they’re grieving these profound changes that are happening in their life.” Along the same lines, Flint stresses that it’s normal to have difficulty continuing to process your grief during the pandemic. “This is not a function of you not coping well, or backsliding,” she says. “It is, rather, a realization that one of your only solid spaces — like your life, job, or routine — is now feeling shaky, on top of your heart already being broken.”

Everyone responds to grief in their own way, but lately for me, this has involved constantly reliving my mother’s final days and the sadness of her death, while simultaneously feeling guilty that I was able to spend time with her before she passed, and go through the traditional motions of mourning with a wake, funeral, and physical gatherings of family and friends. David Kessler — one of the world’s foremost experts in grief and loss — says that psychologically, we would rather feel guilty than helpless. “We are uncomfortable in a world where we’re helpless,” he tells Rolling Stone. “We need to find control. So our [way of taking] control is ‘Well, I’m just going to be guilty about it — that’s what I’m doing.”

This sentiment is similar to the one Kessler described recently in the viralHarvard Business Review article, where he helped people put a name to what they’re feeling right now — even if they didn’t recently experience a death. “So many times, people think of grief as only death,” he explains. “But there are many, many different types of losses that give us grief, whether it’s the loss of a marriage, a job loss, [or] the loss of a home when it burns down. And I don’t think people thought about the loss of our normal world or normal life. I don’t think people have really used that terminology that ‘Oh, I can have grief if the world I knew suddenly disappeared.’”

In addition to looking at grief on a spectrum of macro and micro losses, Kessler also says that it’s not useful to compare your grief to someone else’s. “I’m a big believer that grief is a no judgment zone,” he explains. “And one of the questions I’ve been asked my whole career is ‘Which loss is the worst?’ And my response is always, ‘Your loss. Your loss is the worst.’”

Like COVID-19, there is no cure for grief, but there are ways to help us process it. For example, if you previously attended an in-person grief therapy group or wish you could start going to one now, Kessler says that there are several available online, including a free pop up grief therapy Facebook groupwhere he hosts live sessions every day at 1 p.m. PST. Since creating this group at the start of the pandemic, it has grown to more than 5,300 members.

One of the primary tools used to help people process a loss is the Kübler-Ross model, better known as the five stages of grief: denial, anger, bargaining, depression, and acceptance. Kessler, who worked with Elisabeth Kübler-Ross prior to her death to update the five stages of grief in their 2005 book On Grief and Grieving, stresses that these stages are not linear, and don’t have to be done in any particular order. “One of the things that’s happened over the years is that they’ve become ‘Five easy steps for grieving’ to sort of tidy up our grief, and I always remind people there’s nothing neat or tidy about grief. It’s a very organic process,” he says.

Along the same lines, Kessler says that Kübler-Ross never intended for “acceptance” to be the end of the process — something that could be achieved, signaling the end of grieving. Instead of thinking of acceptance as a singular moment, he says that there are “hundreds of little moments of acceptance.” After Kessler’s son died unexpectedly in 2016 at the age of 21, he realized that acceptance was not enough. This prompted his most recent book,Finding Meaning: The Sixth Stage of Grief, which he published in November 2019, after getting the approval of the Kübler-Ross family to update her iconic stages of grief. “Meaning is so important because many of us, after every tragedy, deal with post-traumatic stress, and meaning is really the key to us having post-traumatic growth,” he explains.

And as we work towards finding meaning in the losses during a pandemic, Snyder Cowan says that it’s perfectly normal — and healthy — to experience two seemingly opposing emotions simultaneously. “In all of this, there’s this ability in us as human beings to hold onto two things at the same time,” she explains. “So we can experience our feelings of sadness and grief and desperation, and at the same time we can experience love and joy and hope. And I think that’s what we want to try to strive for.” 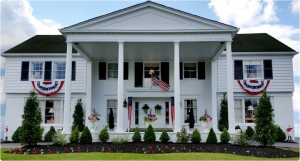